Codes of law (undang-undang) and legal digests (risalah) are amongst our most valuable indigenous historical sources on the Malay world, for the rules designed to regulate life provide us with a wealth of information on the societies in which the texts were composed: expected standards of behaviour, and – as well illustrated by the list of transgressions to be legislated against – what commonly went wrong. 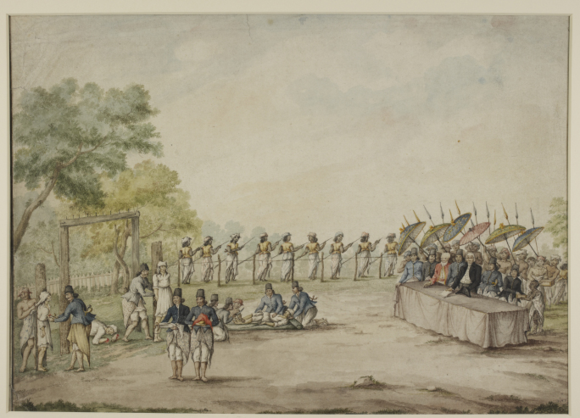 A Dutch judge and six Javanese officials witnessing the execution and mutilation of four criminals, Java, 1807. Two of the prisoners, dressed in white, are tied to posts while the executioners make ready to despatch them with a keris (dagger). On the left one criminal lies dead, while in the centre foreground another Javanese offender is being trussed up and apparently made ready to have his limbs cut off, a punishment commonly inflicted on counterfeiters. Raffles collection, WD 2977.

The oldest surviving Malay manuscript, written in the Malay language in Indic 'Kawi' script on tree-bark paper which has been carbon-dated to the 14th century, is a pre-Islamic code of laws from the kingdom of Darmasraya in Kerinci, in the highlands of central Sumatra (Kozok 2006). With the arrival of Islam changes were swiftly effected to legal structures in the newly Muslim states of the archipelago. The most famous set of laws in Malay, the Undang-undang Melaka, was codified in the kingdom of Melaka during the reign of Sultan Muhammad Syah (r.1424-44) and completed under Sultan Muzaffar Syah (r.1445-58) (Liaw 1976: 38). Manuscripts of the Undang-undang Melaka are often hybrid compilations containing a number of different parts, most commonly the Undang-undang Melaka proper, relating to the law of the land, and the Undang-undang laut, on maritime law. Over fifty manuscripts are known, many containing local variants of the code from Aceh, Kedah, Patani and Johor. 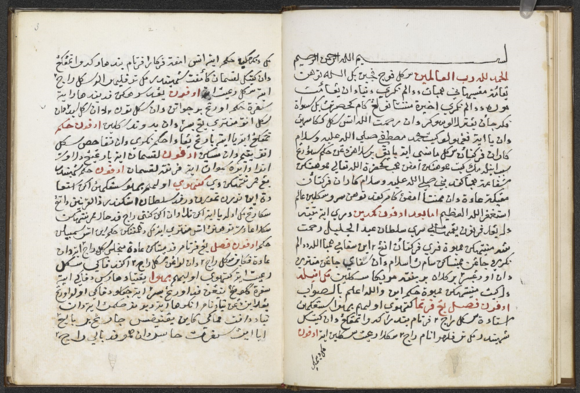 Undang-undang Melaka, the code of laws of the Malay kingdom of Melaka, an early 19th century manuscript containing the Acehnese variant of the text. British Library, Add. 12395, ff. 2v-3r.

The first foreign scholar to pay serious attention to Malay legal texts was Thomas Stamford Raffles. Soon after his arrival in Penang in 1805 he began to collect copies of Malay laws, and an English version of the Undang-undang laut was included in his paper ‘On the Malayu Nation, with a Translation of its Maritime Institutions’ read to the Royal Asiatic Society in Bengal, and later published in Asiatic Researches (Vol.12, 1818, pp. 102-159). The Undang-undang Melaka was the subject of a doctoral dissertation by Liaw Yock Fang (1976), and was re-published in his updated study following the discovery of a 17th-century manuscript in the Vatican Library, which turned out to be the earliest and most important representative of the text (Liaw 2003). 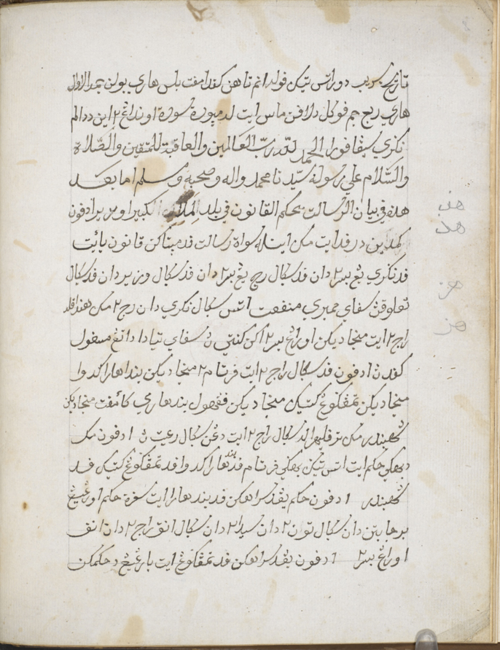 Undang-undang Melaka, containing titles of sections only; that shown above is on the wages payable for carrying and felling wood (pasal pada menyatakan hukum upahan naik kayu dan menebang kayu). This page appears to be in the hand of Raffles's scribe Ibrahim, and may therefore have been written in Penang in early 19th century. British Library, MSS Malay D.10, f. 2r.

Another recently digitised manuscript (MSS Malay D.12) contains a copy of the Undang-undang Aceh, a code of laws from Aceh, said to have been composed in the reign of Sultan Jamalul Alam of Aceh (r.1703-26), on 1 Muharam 1120  (23 March 1708). The badly-damaged and now heavily-restored manuscript itself was copied by Haji Muhammad bin Abdullah in 1873. 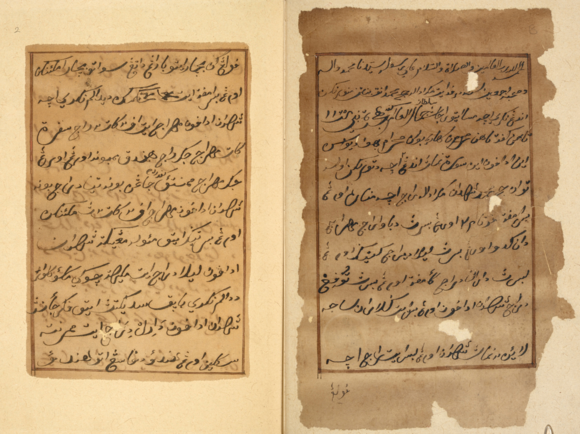 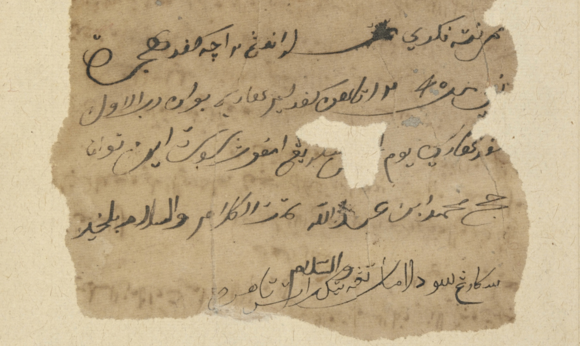 Finally, one of the oldest Malay manuscripts in the British Library, from the collections of Sir Hans Sloane and thus present at the founding of the British Museum in 1753, is an Undang-undang manuscript (Sloane 2393) containing a code of Muslim criminal law (Mohd. Jajuli 1986). 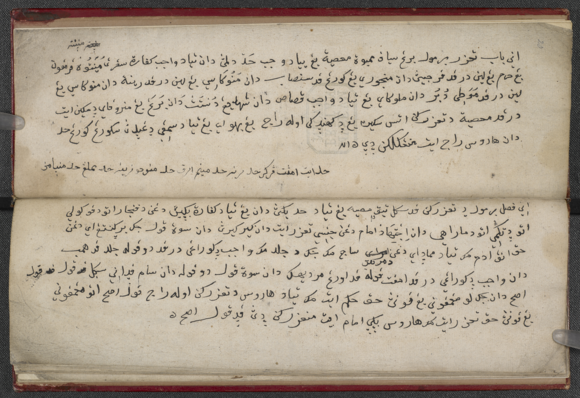 Opening pages of the Undang-undang, an early Malay legal text, probably 18th century. The unusual horizonal format suggests that this undated MS was written at a time when the standard writing material was just changing from palm leaf to paper. British Library, Sloane 2393, ff. 19v-20r.

Posted by Annabel Gallop at 1:53 AM