A Calendar Page for January 2014

Over the past few years, we have highlighted a series of calendars from medieval manuscripts, including the Isabella Breviary (see this post for more details on calendars in medieval manuscripts), the Hours of Joanna of Castile (Joanna the Mad) and the Golf Book.  This year we have chosen a spectacular Flemish Book of Hours, the Huth Hours (Add MS 38126). This manuscript, which takes its name from a later owner, Henry Huth, was produced in Ghent or Bruges c. 1480. 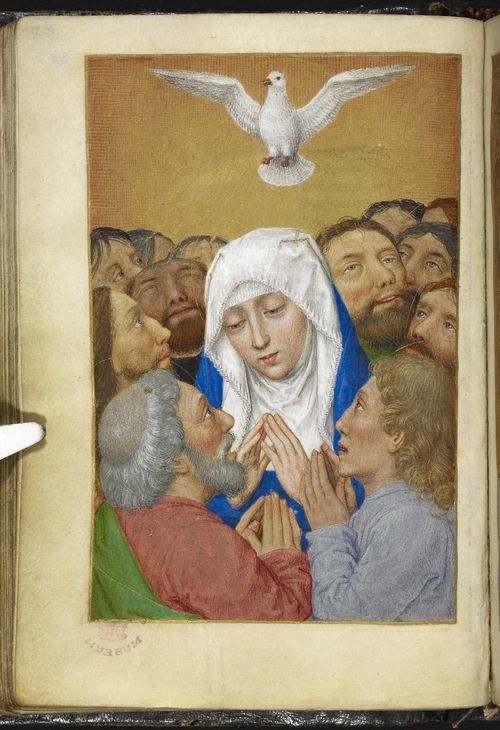 It is not known for whom the Huth Hours was created, although the initials ‘MY’ and ‘YM’ can be found on one of the calendar pages for November (f. 12r), a possible clue to the identity of the original patron.  Added to the end of the manuscript is a group of prayers in French in a late 15th century hand, which has led some scholars to suggest that the manuscript was created for a French patron, or one connected to the Flemish Hapsburg court at that time.  Other scholars have argued for a German origin, citing the inclusion of a number of German saints in the calendar. 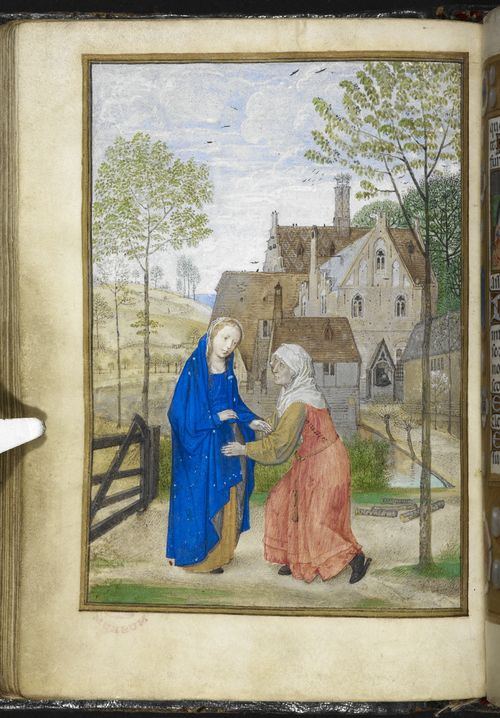 Many of the miniatures in the manuscript were painted by the noted artist Simon Marmion and his workshop, who worked on the Hours in collaboration with the Master of the Houghton Miniatures, the Master of the Dresden Prayer Book, and possibly the enigmatically-named Ghent Associates.  These miniatures are noteworthy for their beautifully-rendered landscapes, a feature of Flemish art in this period.  This interest is reflected in the calendar as well, which incorporates small roundels containing miniatures of the labours of the month and the signs of the zodiac. 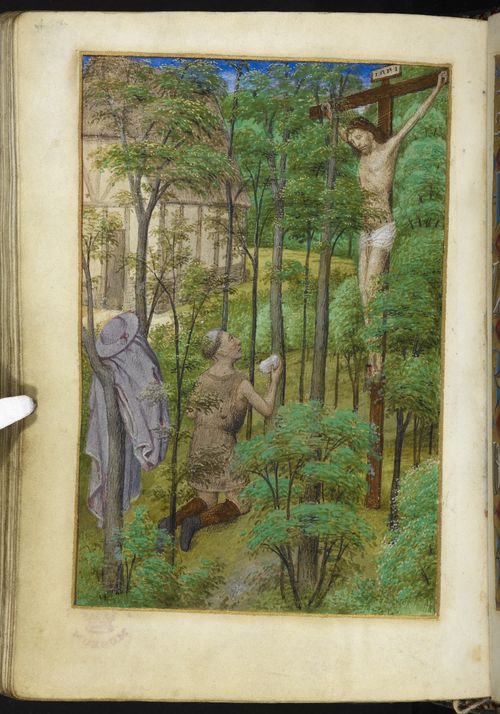 The manuscript opens with the calendar page for January (see below).  Set against a trompe l’oeil strew border is a miniature of a two noblemen warming themselves before a fire in what appears to be a well-appointed bedroom.  A table laden with food and a silver service sits nearby, as well as a small gray cat (it is unclear whether the cat is more interested in the fire or the potential for dinner scraps).  The following folio continues the listing of saints’ days and feasts for January; below is a roundel with a painting of a nude man pouring water from two jugs (for the zodiac sign Aquarius), above a wintry landscape. 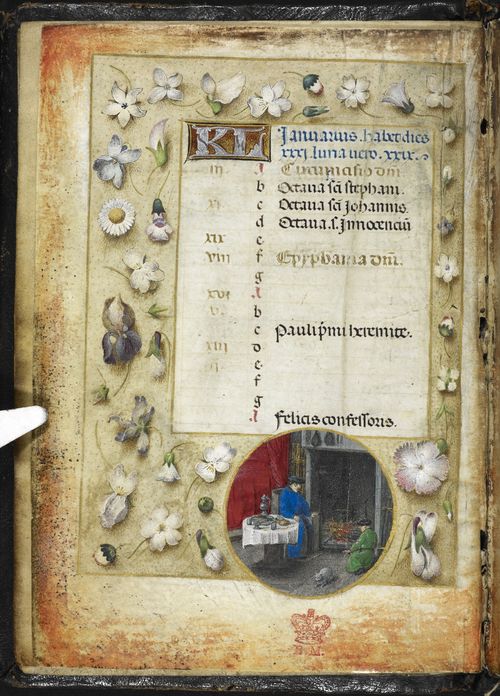 Calendar page for January, with a roundel miniature of two men warming themselves before a fire, from the Huth Hours, Netherlands (Bruges or Ghent?), c. 1480, Add MS 38126, f. 1v 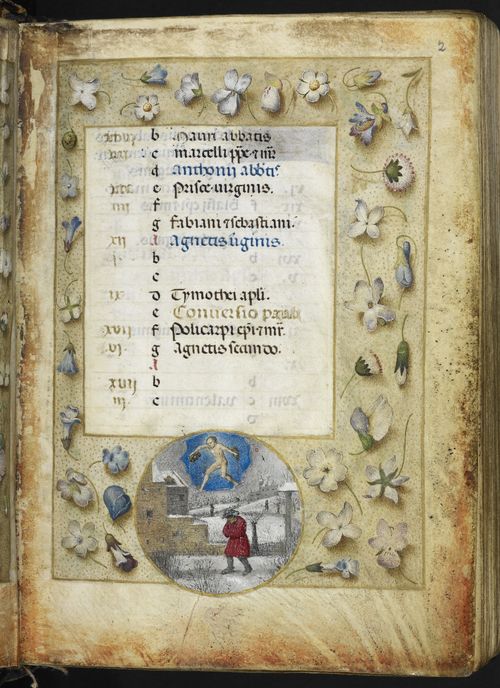 Calendar page for January, with a roundel miniature of Aquarius and a man in a wintry landscape, from the Huth Hours, Netherlands (Bruges or Ghent?), c. 1480, Add MS 38126, f. 2r

Does the reference to St Jerome in the desert refer to a wilderness? To a modern eye this looks like a forest.