When in around 1345 Ibn Battuta spent two weeks in the kingdom of Pasai on the northeast coast of Sumatra, he wrote of the courtly treatment and rich hospitality he received from Sultan Malik al-Zahir. It was this ruler’s father, Merah Silau, who embraced Islam at the end of the 13th century and took the name Sultan Malik al-Salih.  Although Muslims had been present in Southeast Asia for centuries, this was the first time that a Malay ruler had converted, and thus Pasai is renowned as the earliest Islamic kingdom in Southeast Asia.

The story of the coming of Islam to Pasai is recounted in the Hikayat Raja Pasai, which is the oldest known historical chronicle written in the Malay language, and is believed to have been composed in the 15th century.  Only two manuscripts of this text are known: a copy made for Raffles in 1815, now in the Royal Asiatic Society in London, and an earlier manuscript in the British Library (Or. 14350), copied in Semarang on the north coast of Java in 1797, which has now been fully digitised. 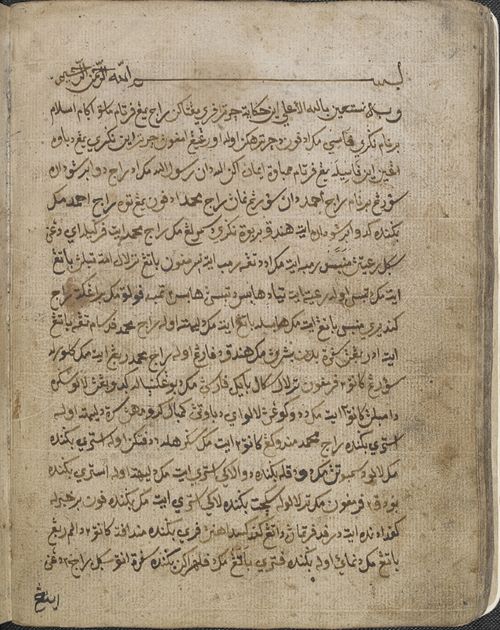 The first part of Or. 14350 contains the Hikayat Raja Handik – in other manuscripts called Handak or Khandak – a well-known heroic tale in Malay about the early wars of Islam fought by the Prophet.  This text bears exceptionally detailed introductory and closing remarks that contribute greatly to our understanding of the context of production and consumption of Malay manuscripts.  The opening exhortations are addressed to a very mixed audience of men and women, Malays and Makassarese, and also peranakan: locally-born Chinese, who had often intermarried with indigenous Southeast Asians.  In the colophon, we are told that the manuscript was copied by Encik Usman, son of the Malay scribe in Makassar, in the house of Encik Johar in the Kampung Melayu of Semarang, at the request of Encik Usep of Kampung Belikang in Makassar, from an original manuscript owned by Abdullah, the Kapitan Melayu of Semarang.  This richly-detailed account affords us a tantalizing glimpse of a complex inter-island network of manuscript owners, patrons and scribes, linking the cosmopolitan ports of the archipelago.  The manuscript itself is well-thumbed, with little red crosses in the margins perhaps indicating the point of the tale reached in a night’s recitation. 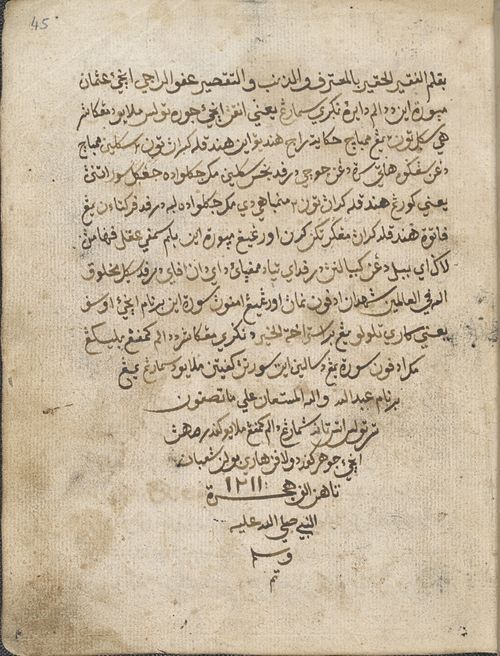 The colophon of Hikayat Raja Handik, identifying the scribe, patron and owner of the original from which the present manuscript was copied, in the Malay quarter in Semarang on 8 Syaaban 1211 (6 February 1797). British Library, Or. 14350, f.45r. 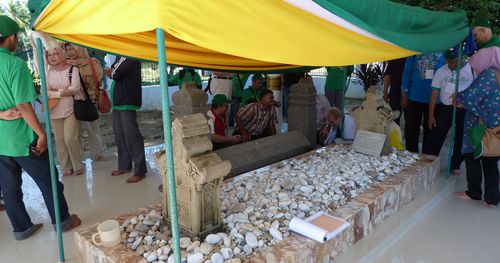