As 2013 draws to a close, it is a pleasure to announce the successful completion of the first stage of the project to digitise all the Malay manuscripts in the British Library, in collaboration with the National Library of Singapore, generously funded by William and Judy Bollinger. 56 Malay manuscripts, mostly from the historic collections of the British Museum, have been fully digitised and are now accessible online through the British Library’s Digitised Manuscripts site (search with keyword ‘Malay’), and copies of the images are also being made available via the National Library of Singapore’s BookSG website.

As regular subscribers to this blog will know, each week we have been highlighting a different Malay manuscript, aiming to give each its ‘15 minutes of fame’. Some are already well-known, such as the earliest of only two manuscripts recorded of Hikayat Raja Pasai (Or. 14350) and the beautiful Taj al-Salatin from Penang (Or. 13295), but others less so, including a previously unknown copy of Hikayat Hang Tuah (Or. 16215) which had spent most of its life in Wales. In one case, an obscure manuscript was catapulted to fame: ‘The Malay story of the Pig King’, posted on 18 Nov 2013 featuring our unique Hikayat Raja Babi manuscript (Add. 12393), has received over 4,800 page views, far more than any other posting on this blog!

We have now launched a Digital Access to Malay Manuscripts project page, which lists all the Malay manuscripts digitised so far, and which will be updated in the course of 2014 as we begin to photograph manuscripts from the India Office collections for the second half of the project. Shown below are some of manuscripts which can now be read in full online, while highlights to look forward to next year include the important record of court regulations from 17th-century Aceh, Adat Aceh (MSS Malay B.11) and a fine illuminated copy of Hikayat Nabi Yusuf (MSS Malay D.10) copied in Perlis. 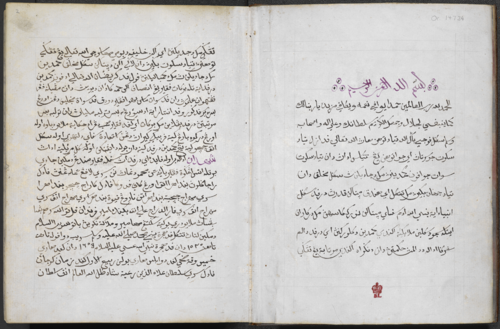 The zoom capabilities of the Digitised Manuscripts viewer allow close study of the scribe's pen strokes and even the texture of the paper, as in these opening words of the Sejarah Melayu.  British Library, Or. 14734, f. 1v (detail). Kitab mawlid, poems in praise of the Prophet, in Arabic with interlinear Malay translation.  A manuscript from Aceh with fine illuminated frames, 19th c.  British Library, Or. 16769, ff.6v-7r. 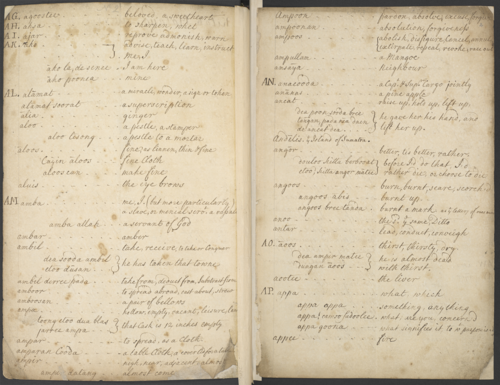 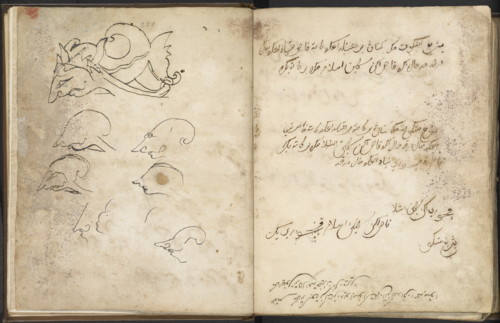 The digitisation of the full manuscript allows the study of not only the text but also other notes, jottings and doodles in the manuscript, such as these end pages from Hikayat Dewa Mandu, copied in Semarang, late 18th c. British Library, Add. 12376, ff.220v-221r. 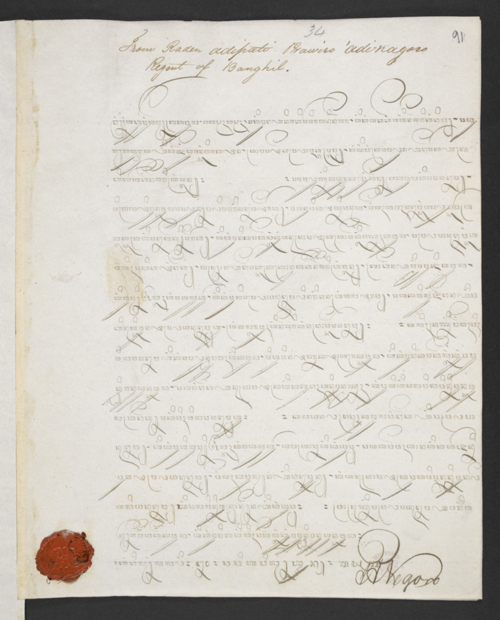 Some of the digitised manuscripts contain material in languages other than Malay.  A volume of farewell letters to Thomas Stamford Raffles on his departure from Java in 1816  includes many letters in Javanese, including this one from Raden Adipati Prawiro Adinagoro, Regent of Bangkil.  British Library, Add. 45273, f. 91r.

Posted by Annabel Gallop at 1:23 AM