Indonesian and Malay manuscripts in the Endangered Archives Programme

When I first joined the British Library in 1986 as Curator for Maritime Southeast Asia, my official remit was manuscripts and printed books and periodicals in the vernacular languages of Malaysia, Indonesia, Singapore, Brunei and the Philippines. I also regarded myself as having a ‘watching brief’ on other materials in the British Library relating to the Malay world, ranging from East India Company archives to prints and drawings of the region. But in the present digital age, the wealth of collections in the British Library relating to Indonesia in particular has expanded exponentially through the Endangered Archives Programme (EAP).

The EAP, which was founded in 2004, is funded by Arcadia (previously known as the Lisbet Rausing Charitable Foundation) and administered by the British Library.  It aims to preserve in the form of (digital) reproductions archive material deemed to be in danger of survival.  The original material is retained by its owners, but digital copies are deposited both in the country of origin and at the British Library.  The EAP offers grants for both pilot projects, which usually yield a survey and images of a small sample of manuscripts, and major digitisation projects.  To date the EAP has funded 13 projects in Indonesia. (Strangely enough, there have been few applications for projects in Malaysia, the Philippines, Brunei or Singapore).  There are also two projects in Timor Leste, and one on manuscripts from Vietnam in Cham, an Austronesian language.

One of three Cham manuscripts digitised through the 2012 pilot project EAP531, Preserving the endangered manuscripts of the Cham people in Vietnam: an Islamic manuscript containing selections from the Qur'an and prayers, in Cham and Arabic, from Vietnam,19th c (with thanks to Ervan Nurtawab for this identification).  EAP531/1/2.

Under the terms of the EAP, the digital copies sent to the British Library will be made freely available online for research purposes.  In practice it has taken some time to process the images and to solve technical issues, but six of the Indonesian projects are now fully catalogued and accessible online, while the other seven projects are in varying stages of completion.  And what surprises they bring!  It would not be an exaggeration to say that the manuscript collections now made accessible digitally through the EAP have begun to change our understanding of the landscape of the writing traditions of the Malay world.

The first and most striking impression is the overwhelming predominance of Islamic texts, in the form of copies of the Qur’an, prayer books and sermons, and works on ritual obligations, theology, and Sufism.  This should be contrasted with the strong literary, historical and legal slant of collections of Malay and Indonesian manuscripts held in Europe, and those in Southeast Asia formed under colonial auspices.

The second, and related, point is the very high proportion of manuscripts written in Arabic, rather than in vernacular Southeast Asian languages.  Such manuscripts have tended to fall under the radar of most academic programmes of Indonesian and Malay studies.  For example, the authoritative catalogue of Indonesian manuscripts in Great Britain by M.C. Ricklefs and P. Voorhoeve (London, 1977) lists manuscripts in Austronesian languages ranging from Balinese, Batak and Bugis to Javanese, Makasarese, Malay, Old Javanese and Sundanese, but not in Arabic.  And yet a full appreciation of the totality of writings produced within a culture is an important context from which to appreciate better the composition of texts in indigenous languages such as Malay and Javanese.

A third consideration is the great codicological value of these newly-documented manuscripts, often still cared for within the community within which they were created. As such, they are rich sources of information on traditional binding materials and storage methods – aspects of book history nearly always lost when an Oriental manuscript entered a western library, and was rebound or rehoused in accordance with European conventions.

The large volume of fragile materials being digitised in difficult conditions in the field means that inevitably there are problems with metadata supplied by project teams: titles are not always accurate, languages are sometimes misidentified, and a few items described as 'manuscripts' are in fact printed.  However these caveats are more than compensated for by the richness of the material now being made accessible for the first time.  Listed below are the six EAP projects from Indonesia which are now fully accessible online.

EAP276, Documentation and preservation of Ambon manuscripts
Although the central Moluccas has a large Christian population, this project of 2009 documented 182 mainly Islamic manuscripts from 12 collections on Ambon and the smaller neighbouring island of Haruku. 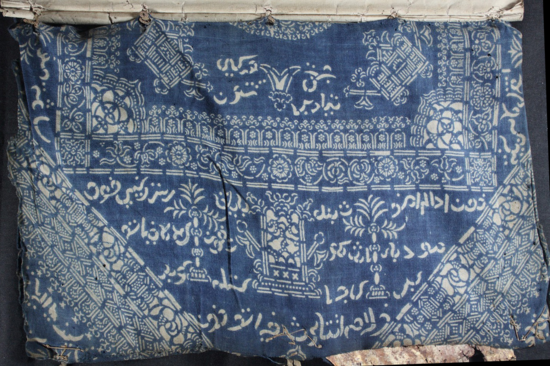 Calligraphic batik cloth binding of a finely illuminated Kitab mawlid manuscript containing songs in Arabic in praise of the Prophet, 19th c., from the collection of Husain Hatuwe, Ambon. EAP276/7/32. 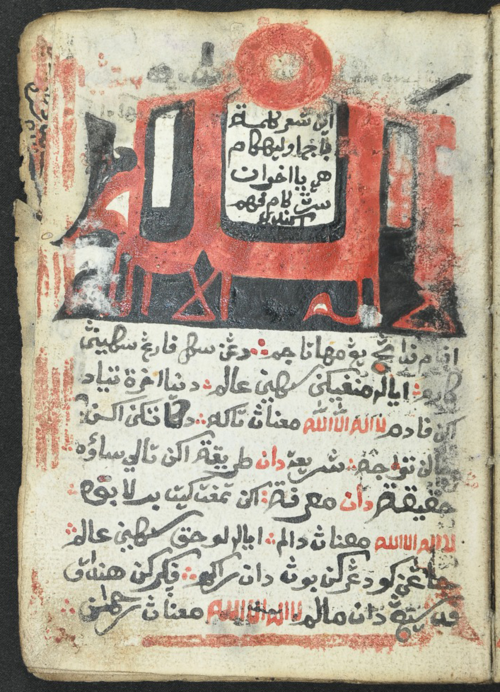 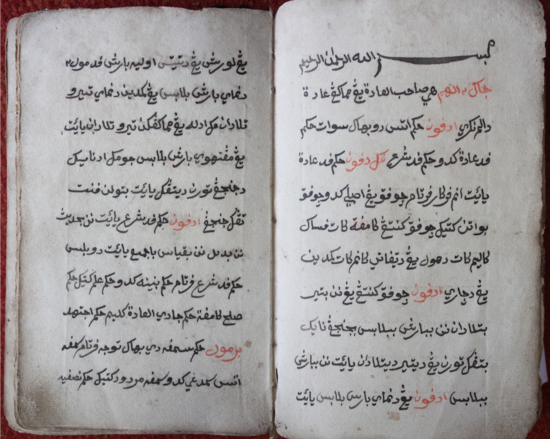 Undang-undang Minangkabau, a Minangkabau legal digest in Malay, from the collection of the Surau Gadang Ampalu in Kabupaten Padang Pariaman, West Sumatra.  EAP205/2/2.

EAP280, Retrieving heritage: rare Old Javanese and Old Sundanese manuscripts from West Java (stage one)
This project of 2009 digitised 28 palm leaf manuscripts, comprising 27 from the sanctuary (kabuyutan) at Ciburuy in Garut Regency, West Java, and possibly dating from the 14th-16th centuries, and one manuscript from the private collection of Mr Kartani in Cirebon.

EAP365 Preservation of Makassarese lontara’ pilot project
This pilot project of 2010 was able to make representative images from seven 20th-century manuscripts written in Makassarese and Arabic held in Makassar, capital city of South Sulawesi, and in a number of villages in Kecamatan Galesong south of the city. 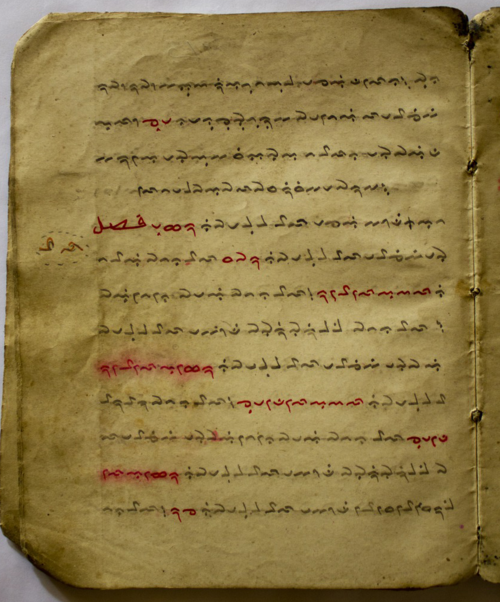 •    EAP352, Endangered manuscripts of Western Sumatra and the province of Jambi: collections of Sufi brotherhoods

For further information about the Endangered Archives Programme, contact the Grants Administrator, Cathy Collins: [email protected], and subscribe to their blog.