The Hikayat Bayan Budiman, ‘Tale of the Wise Parrot’, is an old work of Malay literature, probably composed in the 15th century or earlier. It is based on a Persian original, the Tuti-nama, and is the earliest example in Malay of a framed narrative: a literary work comprising a compilation of individual stories. And like the 'Thousand and One Nights’, in the 'Tale of the Wise Parrot', the stories are designed to help the protagonists avoid a nasty fate.

In the Hikayat Bayan Budiman, Khoja Maimun is married to the beautiful Siti Zainab. One day he buys a rare parrot, which can speak and foretell the future, and a mynah bird. The wonderful stories the birds tell of far-away places lead Khoja Maimun to sail off to seek his fortune, leaving his wife in the care of the birds. While her husband is away Zainab falls in love with a prince, and in order to stop her committing adultery, the parrot begins to tell a story. Carried away by the narrative, Zainab forgets her assignment, and morning comes. The next evening the parrot commences another story, and in this way he keeps Zainab rooted to her house until her husband Maimun returns from his travels. 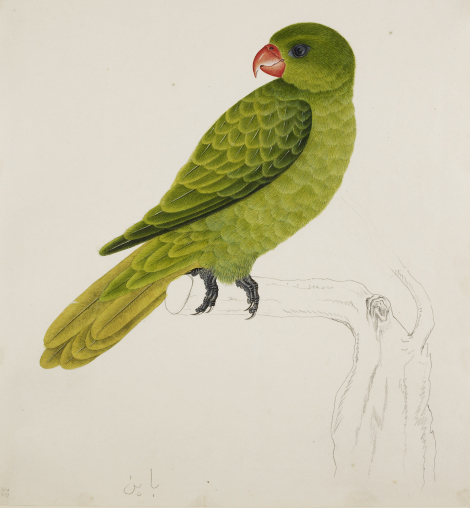 Complete manuscripts of the Hikayat Bayan Budiman generally contain 24 stories told by the parrot, and a full description is given by Braginsky (2004: 416-23). 12 of these stories can be found in the Tuti-nama by Nakshabi (1330), but the others may be derived from other sources. Taken together, the stories ‘represent a genuine encyclopaedia of everyday life and state wisdom’ (Braginsky 2004: 418), and while they are generally quite accurate renderings of their Persian counterparts, the settings have been localised: Persian deserts are replaced by Malay jungles.

The British Library holds two manuscripts of Hikayat Bayan Budiman, which have just been digitised. Both manuscripts were copied in Penang, by the same scribe, within five days of each other, in August 1808. They were almost certainly copied for Raffles and given by him to John Leyden, and came to the India Office Library in the Leyden estate in 1824.  MSS Malay B.7 contains twenty-two stories, and is dated at the end 23 August 1808. MSS Malay B.8, which contains only the first ten stories found in MSS Malay B.7, but with a different introduction, is dated in the colophon 28 August 1808. This manuscript also contains a note giving the date of the original composition as AH 1008 (1600 AD). Other Malay manuscripts of Hikayat Bayan Budiman give a date of AH 773 for the creation of the work; but the function of these dates may have been primarily to lend the authority of age to the work. 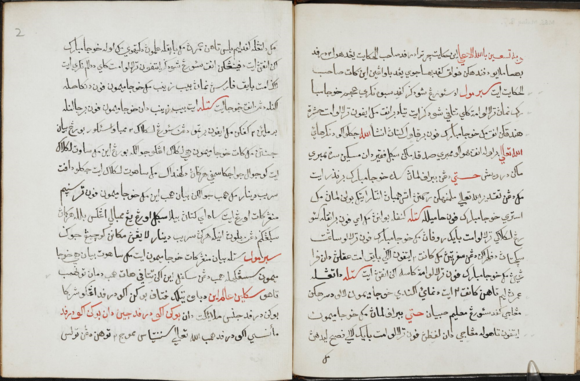 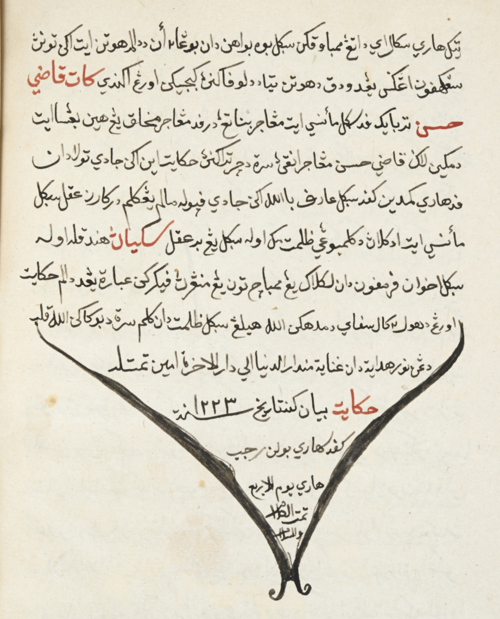 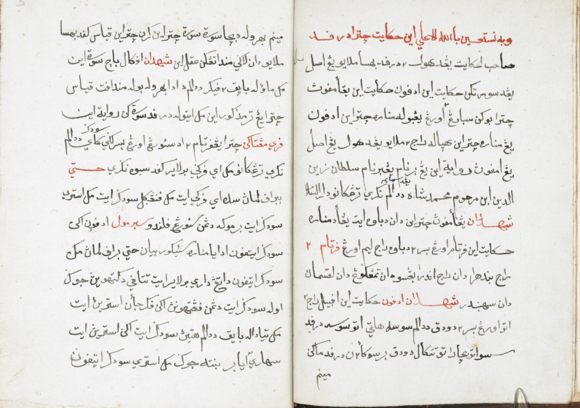 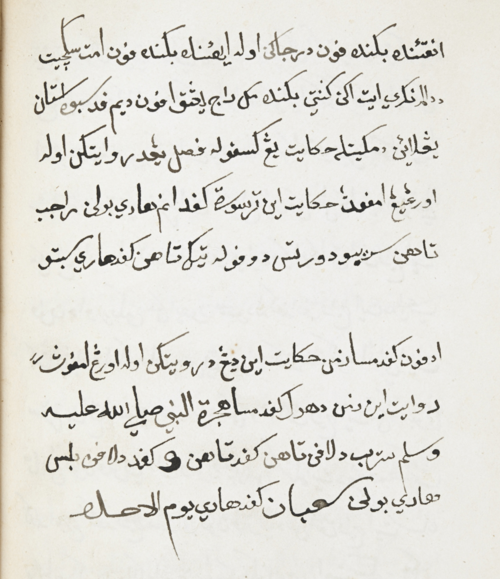 Posted by Annabel Gallop at 1:31 AM