Stories of the Javanese culture hero Prince Panji probably date from around the 13th century, and mark the development of a truly Javanese literature no longer overshadowed by the great Indian epics the Ramayana and Mahabharata. Set around the Javanese kingdoms of Kuripan and Daha, the stories tell of Panji’s search for his beloved, Princess Candra Kirana, and his many adventures, undertaken in various disguises and with a range of different names, before the lovers are reunited. During the Majapahit empire from the 14th to 15th centuries the Panji stories became extremely popular, and the figure of Panji is found engraved on temple reliefs (always wearing a distinctive cap on his head), while the Panji tales came to constitute the repertoire of wayang gedog theatrical performances. The British Library holds eight Javanese manuscripts containing Panji stories including Panji Kuda Waneng Pati (Add. 12319), Serat Panji Kuda Narawongsa (Add.12333), Serat Panji Murdaningkung (Add. 12345), Panji Angreni (MSS Jav 17) and the beautifully illustrated Panji Jaya Kusuma (MSS Jav 68), all described in the catalogue by Ricklefs & Voorhoeve. 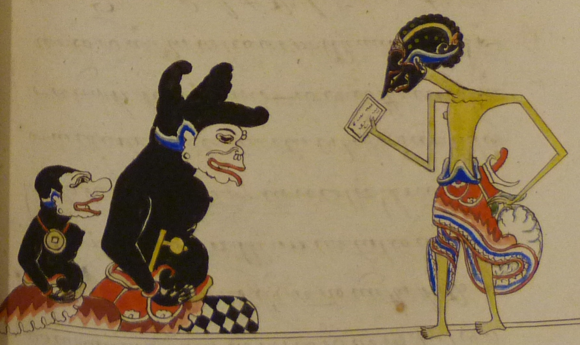 Prince Panji (on the right) hands a letter to his clown-retainers (panakawan) Bancak and Dhoyok, in a Javanese Panji romance, 19th century. British Library, Or. 15026, f.85r (det.)

Panji tales are found not only in the Javanese literary tradition but also in Balinese and Malay, and on the Southeast Asian mainland in Thai, Lao, Khmer and Burmese versions, where the hero-prince is known as Inao (after his main Javanese name, Raden Inu Kartapati). The Panji stories appear to have been translated into Malay at an early date, perhaps in the cosmpolitan port city of Melaka in the 15th century, and influences can be discerned in the Malay texts Sejarah Melayu and Hikayat Hang Tuah. Over a hundred different Panji stories in Malay are known, in numerous manuscripts, many originating from the northern peninsular states of Kelantan and Kedah where wayang (shadow puppet) stories were most popular. 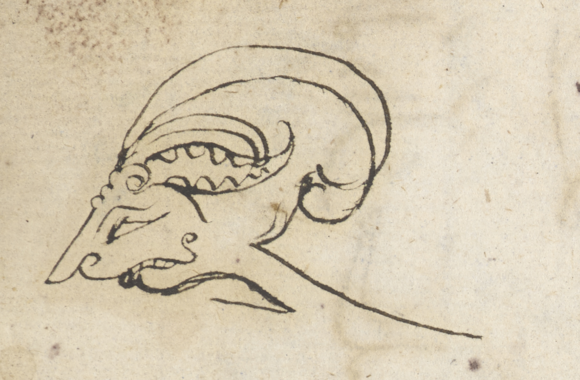 The British Library holds ten Malay manuscripts containing Panji stories or related tales, all of which have now been fully digitised:
MSS Malay C 1, Hikayat Cekel Waneng Pati. Under the name Cekel Waneng Pati, Panji undergoes innumerable trials to regain his love Raden Galuh Candra Kirana: he captures the deer with golden antlers, solves riddles, cures Candra Kirana of illness, defeats a black-bearded villain, himself falls ill but is cured by his son Mesa Tandraman who obtains a heavenly flower of blood from a nymph’s bosom, and wins yet more battles before all can finally live happily ever after.
MSS Malay C 2, another copy of Hikayat Cekel Waneng Pati, dated 1787.
Or. 11365, possibly another copy of Hikayat Cekel Waneng Pati, written on Javanese paper, acquired from Kelantan.
MSS Malay C 3, Hikayat Mesa Tandraman, about the son of Panji, copied in Penang by Ibrahim for Raffles in 1806.
Add. 12380, Syair Mesa Gumitar, about a king of Kuripan, apparently related to the Panji stories.
Add. 12383, Hikayat Carang Kulina.
Add. 12387, Hikayat Mesa Taman Sira Panji Jayeng Pati, written on Javanese paper.
Add. 12391, Hikayat Naya Kusuma, where the hero is named Mesa Susupan Sira Panji Kelana Asmara Pati.
Or. 16446, an unidentified Panji tale, starting with the Maharaja of Jenggala, written on Javanese paper in romanized Malay.
Or. 16447, ff. 89v-91r, a fragment of the Syair Ken Tambuhan, copied in Taiping in 1888. 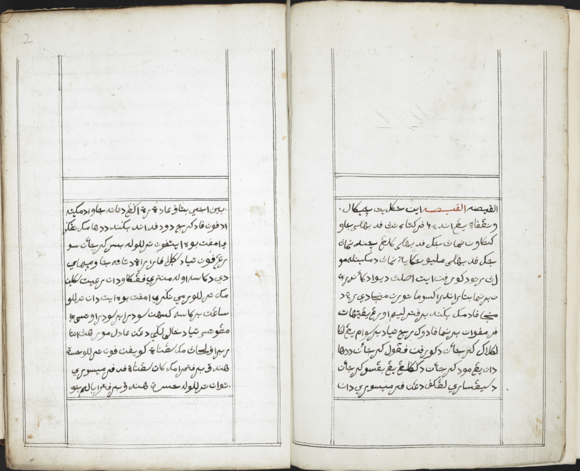 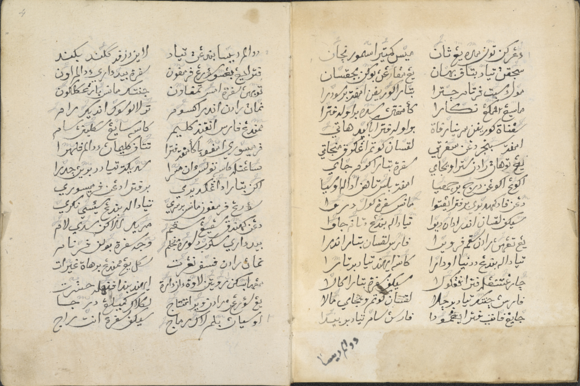 The large number of manuscripts still found today testify to the enduring popularity of Panji stories in the Malay world, but the continuing enjoyment of literature rooted in the pre-Islamic era was never uncontroversial, as graphically demonstrated by the earliest of the Malay Panji manuscripts in the British Library. This is a copy of Hikayat Cekel Waneng Pati written by a scribe named Da'ut, possibly in the environs of Kedah, and dated 10 Zulhijah 1201 (23 September 1787). Above the text frames on the opening page on the right is an exhortation to readers not to believe the contents of this story, with a similar comment on the left-hand page addressed to listeners (reflecting the fact that traditional Malay tales were not designed to be read silently by an individual, but were recited aloud to an audience). On a later page the threat posed by this ancient Javanese fantasy tale to Muslim faith is made explicit, and thereafter, the top of every single right-hand page of this manuscript of 151 folios bears the warning: ‘don’t believe this!’ (jangan beriman akan).

In early 17th-century Aceh, the stern theologian Nuruddin al-Raniri decreed that copies of the Hindu-infused romance Hikayat Inderaputera should be banished for use in the lavatory, and, judging the writings of Shaykh Shamsuddin al-Sumatrani heretical, consigned his books to the flames.  The late 18th-century Malay scribe Da'ut has taken a different and very pragmatic approach, of boldly and visibly plastering his book with spiritual health warnings while leaving the text itself intact, so that those prepared to brave the morally hazardous terrain filled with deities, ogres, cross-dressing princesses and magic potions might venture forth at their own risk. 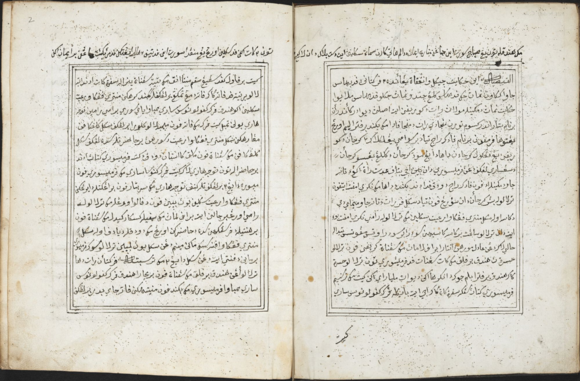 At the top of every single right-hand page, there is an appeal to readers not to believe the contents: jangan beriman akan. British Library, MSS Malay C 2, f. 8v (det.)

Pameran naskah cerita Panji: Exhibition of Panji manuscripts in Javanese, Balinese and Malay at the National Library of Indonesia, October 2014

With thanks to Lydia Kieven for advice, and for identifying the sketch of Panji above.

Posted by Annabel Gallop at 1:27 AM