The Books of Remarkable Women

In 2011, when we blogged about the Shaftesbury Psalter (which may have belonged to Adeliza of Louvain; see below), we wrote that medieval manuscripts which had belonged to women were relatively rare survivals.  This still remains true, but as we have reviewed our blog over the past few years, it has become clear that we must emphasize the relative nature of the rarity – we have posted literally dozens of times about manuscripts that were produced for, owned, or created by a number of medieval women. 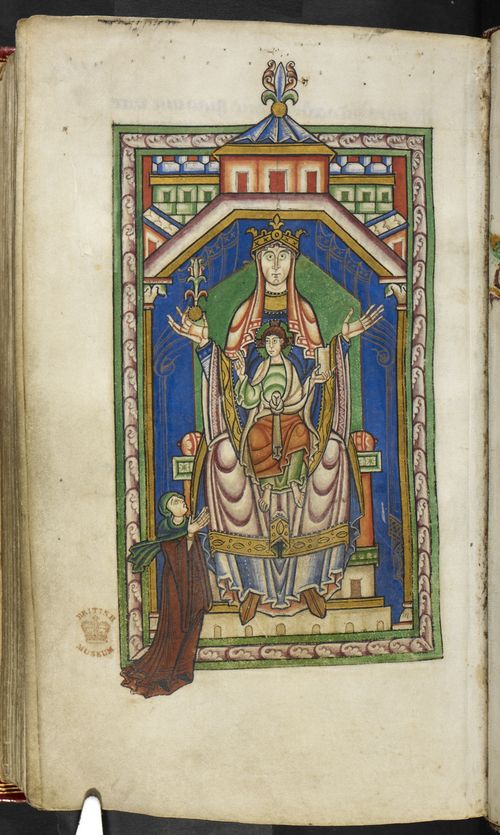 Full-page miniature of the manuscript’s female owner kneeling as a supplicant before the Virgin and Child, from the Shaftesbury Psalter, England, 2nd quarter of the 12th century, Lansdowne MS 383, f. 165v [for more on this manuscript, read our blogpost  A Prayerbook Fit for a Queen?]

In honour of International Women’s Day, we would like to have a look back at a few of these manuscripts, and the remarkable women who owned them. 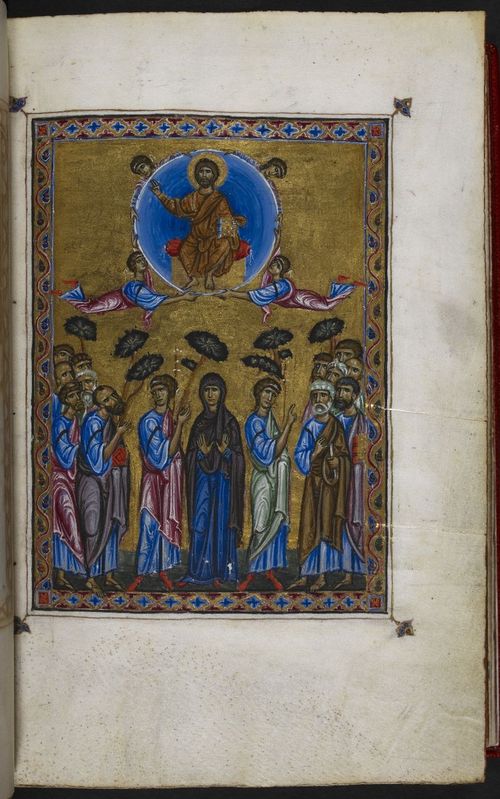 The Melisende Psalter, owned by Melisende, the Queen of Jerusalem (1105-1161), this Psalter was possibly created for her by her husband, Fulk V, Count of Anjou and Maine 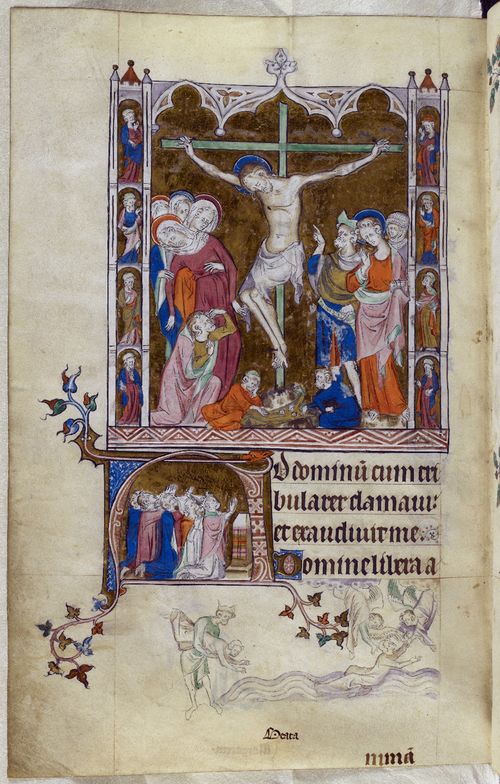 Miniature of the Crucifixion, with eight niches occupied by male figures, with an historiated initial 'A'(d), with a pope, king, bishop and two others kneeling before an altar, with a bas-de-page scene of Christina cast into the sea and rescued by angels, from the Queen Mary Psalter, England (London or East Anglia), between 1310 and 1320, Royal MS 2 B VII, f. 256v

The Queen Mary Psalter, a remarkable manuscript produced in England between 1310 and 1320.  It takes its name from its later owner, Queen Mary Tudor (1516-1558), daughter of Henry VIII, but possibly originally produced for Isabella of France (1295-1358), queen of England and consort of Edward II.  More about the Psalter’s history can be found in the earlier link, or in this post Rival Queens, Precious Books, which also describes the digitisation of the Prayer Book of Lady Jane Grey (1536/7-1554), Harley MS 2342. 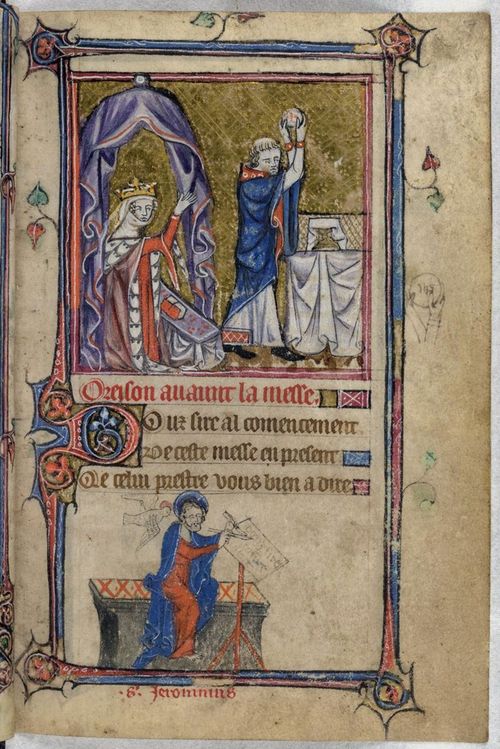 Miniature prefacing the prayers to be said at Mass, with a crowned woman (probably the first owner of the manuscript) kneeling underneath a canopy while a priest raises the host, and a bas-de-page scene of Jerome writing, from the Taymouth Hours, England (London?), 2nd quarter of the 14th century, Yates Thompson MS 13, f. 7r

The Taymouth Hours, a Book of Hours containing a spectacular programme of bas-de-page paintings, this manuscript was created in England in the 2nd quarter of the 14th century.  Its patron was certainly an aristocratic, and possibly royal, woman.  Scholars have variously argued that the original patron may have been Joan of the Tower, the daughter of Edward II and later wife of David II of Scotland (1321-1362), Isabella of France (1295-1358, see above), or Philippa of Hainault (1312-1369), the queen of Edward III.  Recent scholarship hypothesizes that the book was commissioned for Eleanor of Woodstock, elder daughter of Edward II (1318-1355), on the occasion of the princess’s betrothal.  A closely related manuscript, is of course, the famous Unicorn Cookbook. 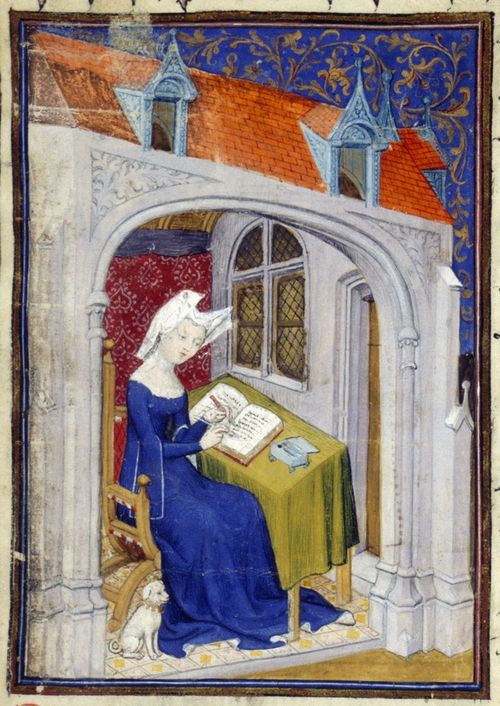 Christine de Pizan’s Book of the Queen, the extraordinary manuscript created c. 1410 – c. 1414 by Christine de Pizan (1364- c. 1430), widely regarded as one of Europe’s earliest female professional authors.  The Book of the Queen contains the largest extant collection of Christine’s writing, and was written and decorated under her supervision, commissioned for Isabeau of Bavaria, the queen consort to Charles VI of France. 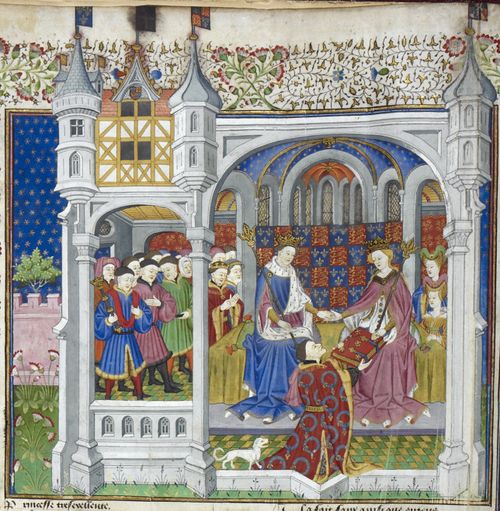 Detail of a miniature of John Talbot presenting the book to Queen Margaret of Anjou, seated in a palace beside King Henry VI of England, and surrounded by their court, from the Talbot Shrewsbury book, France (Rouen), c. 1445, Royal MS 15 E VI, f. 2v

The Talbot Shrewsbury Book, produced as a wedding gift for the young Margaret of Anjou (1430-1482), the future wife of Henry VI of England (and for more details on the texts of this manuscript, read out blogpost The Art of Chivalry) The arms of Ferdinand and Isabella with the arms of Infante John and Margaret of Austria (left) and the arms of Philip of Austria, Duke of Burgundy, and Infanta Joanna, Netherlands (Bruges), c. 1497, Add MS 18851, f. 436v

The Isabella Breviary, produced for Isabella I of Castile (1451-1504) and illustrated by the preeminent Flemish artists of the period, this breviary was the subject of our first calendar series back in 2011, as well as a later post on the charming prevalence of monkeys in its margins. 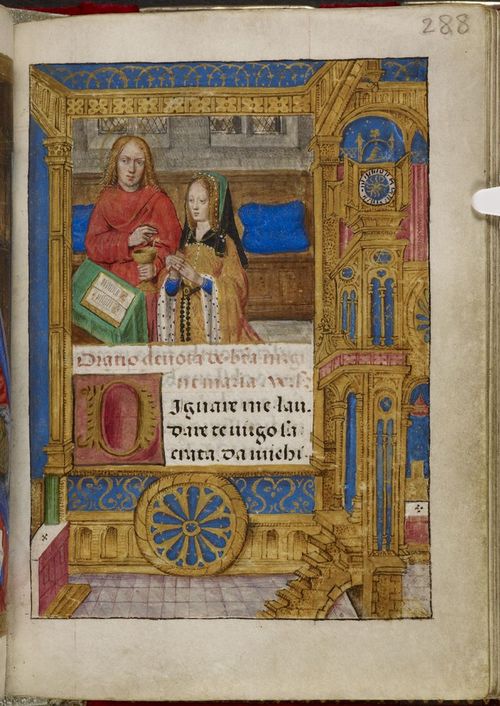 The Hours of Joanna the Mad, created for Joanna the Mad (1479-1555), the daughter of Isabella I of Castile, and carefully customised under Joanna’s direction.  These magnificent Hours have been the subject of a number of our posts, including one on the plethora of marginal animals in the manuscript, and our series on the calendar pages (see as well this post on the mystery of another Book of Hours that may have belonged to Joanna).

There are of course many other examples of medieval women as patrons and artists within our collections and elsewhere.  We hope you enjoy paging through some of these remarkable books, and that you have a very happy International Women’s Day!